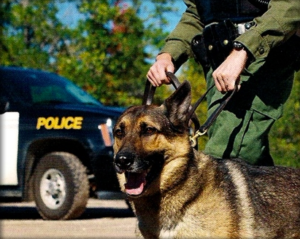 The advantages of having a dog for home protection are endless, Consider these factors before you determine how you’ll keep your home safe.

Your stock certificates and gold bars are probably, police dog tucked away in a steel bank vault or safe deposit box, but your home may still offer plenty of appeal for a robber. From the art on your walls to the electronics in your media room, your home would be like Disneyland for a professional burglar, and you want to make sure you are well protected against any such threats. This is, of course, independent of the security of your most valued asset- your family. If a crowbar silently pries your window open in the dead of night or a well-planned rush on your home takes place, not even your trusty revolver (assuming it’s in hand) will awaken you to defend your family against intruders- but a well-trained security dog will. Wired systems are easily circumvented, or sit idly when homeowners forget to arm them.

We’re not talking about a dog that’s chained to your home 24/7 and barks at everyone that walks past your house. We’re referring to a family companion who also happens to be highly trained to defend your family and your possessions against any threat that makes its way across your property. The advantages of using dogs to protect your home and your lifestyle versus other methods are time-honored and vast, but reviewing them could help you make your home protection decision simple. 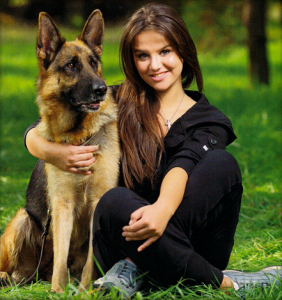 Committed to Your Safety

One of the most impressive things about a trained security dog is that it is an incredibly loyal part of your family. Not only does a well-trained dog add to your quality of life it will defend you and yours with determination and a set of skills that only the best-trained dogs possess. The priority of a trained dog is to be a family companion that will offer love and security to you. But if that dog ever has to protect you, there won’t be a moment’s hesitation as to whether he or she will defend your family. Fortunately, the situations where a dog has to be a legitimate man-stopper are rare. “In over 30 years of placing families with well-trained dogs,
few situations arise where a dog has had to bite. Most of these scenarios involved domestic violence, where restraining orders are ineffective,” says Wayne Simanovich, one of America’s leading authorities and providers of home protection dogs.

Most criminals involved with theft simply avoid the dog and choose a home down the street. Simanovich’s dogs have rarely needed to physically stop a man in the protection phases; however it’s the knowledge that your home has trained security dog that will deter burglars that is important. Although statistics of how many times Simanovich’s dogs have made a criminal think twice about robbing a particular house are impossible to determine, he does know that if a robber sees a home with a protection dog, that burglar will typically leave and try to rob a house that isn’t as well guarded. The number of situations successfully deterred is certainly sky-high.

For example, Simanovich recently heard from a client with whom he placed a dog on the Gulf Coast of Florida several years ago. The couple lived on the water, so they had a telescope at their window where they could look across the water from time to time. The water was also a convenient entry point for possible criminal activity. One night, the telescope was knocked over, fell into their grand piano, and a chip Was taken out of it. The couple was puzzled about what could have happened, but they later found out that the same night that an intruder had caused trouble at the house next door. The couple realized that someone probably looked into their window, thought about taking their valuable art collection, but saw a very determined protection dog and changed their mind, moving on to the house next door. 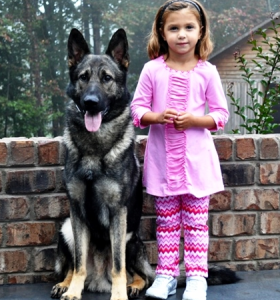 The regulations for restraining orders vary from state to state, but in general, there is a waiting period between porch the time of filing the order and when it’s granted. Even if you do get a restraining order against someone who has threatened you, there’s nothing stopping that person from taking the chance of getting arrested and invading your home anyway. They will have to face the consequences later, but violent people don’t always worry about consequences.

Likewise, a wired security system is an option, but even if you remember to set yours (many people don’t), the police won’t show up at your house immediately if the alarm is tripped. A 2010 New York Times article stated that in big cities, police can take up to 45 minutes to respond to home alarms. In smaller towns, the average response time can be 15 to 20 minutes or much longer. So even in the best case scenario, a burglar has time to collect everything of value in your home, or do unthinkable things before running out the back door. Fifteen minutes may not sound like long, but if you perform a “mock robbery” of your home, you’ll be shocked at how many items you can stuff into a bag before 15 minutes passes. The unthinkable takes less than 15 minutes.

In contrast, a well-trained dog is always on guard, with no lag time and no bureaucratic red tape to compete with. Once the trained dog is in your home, your alarm is “set” at all times. The dog is always aware of what’s happening, and will respond to a threat instantaneously. He is an alarm that buys time. Time to get to a firearm. Time to call the authorities. Time for the family to leave the property. 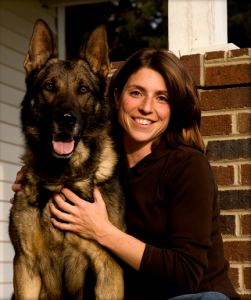 Most criminals involved with theft simply avoid the dog and choose a home down the street. Simanovich’s dogs have rarely needed to physically stop a man in the protection phases.

Settle In to Real Security

Any homeowner is free to obtain a large dog for home protection, but results can vary. This is not because people with hard assets don’t have the resources to acquire a dog, but because they buy the “wrong dog.” Some dogs have innate talent that can be easily drawn out and some do not. By the time the dog is a year old, a skilled trainer can typically be sure of which dogs would be best for home protection, and the training begins in earnest. Some dogs have talent, some don’t. Some trainers have talent, some don’t.

At Simanovich’s facility, about 60 percent of the dogs are imported adolescents from Europe, while he breeds the other 40 percent specifically for these talents. He ensures that the dog is manageable and loving to a family, but will know what to do in case of an emergency. His staff then delivers the dog to the family and spends time at the location while the family and the dog get to know each other, giving on-site training for several days before leaving. 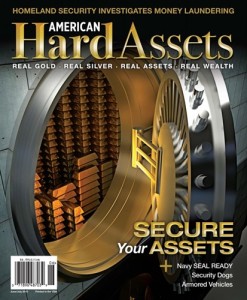 No matter what you choose to do, the paramount concern is the safety of your family, followed by the security of your valuables. Leaving those to chance should not be an option-you should ensure that you are well-protected at all times by implementing a strong security plan for your home. As an alarm, a threat, and (if need be) a man- stopper, there is no more effective deterrent than a well-trained dog.

Wayne Simanovich, multiple-winner of international awards trains working dog championships, breeds and trains protection dogs from his North Carolina facility and delivers them to families and businesses worldwide. As one of the most trusted names in protection dogt raining, Simanovich has also provided expertise to law enforcement agencies, military contractors, businesses, government agencies, and countless families over the past 33 years. His clients are a Who’s Who of entertainers, business people, athletes and families like yours.

Wayne Simanovich and his team raise and train world-class protection dogs on their farm in western North Carolina. The team can bring you your dog anywhere in the U.S. and can spend time on-site to help you get acquainted with your new companion.
Made with